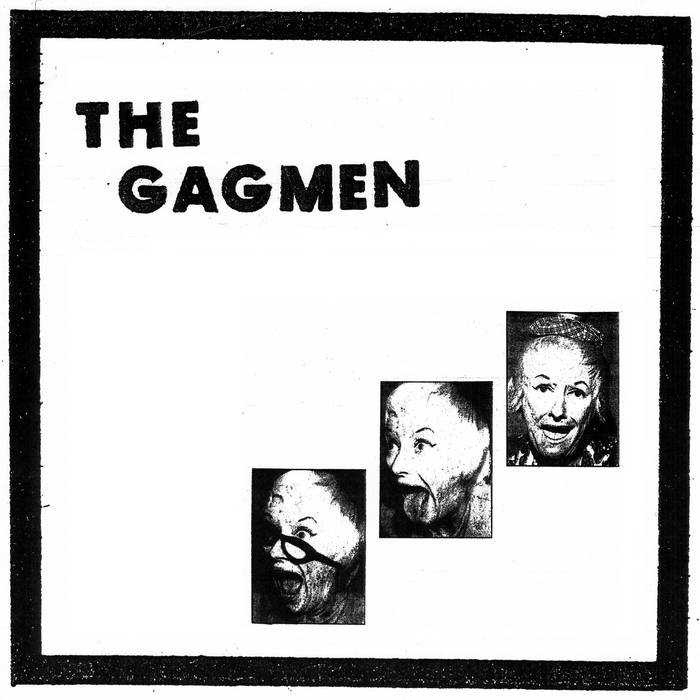 Put three of experimental music’s gnarliest dudes, and their pals, in a room and this is what you get; 40 minutes of charred and gungy electronics with tormented vocals that sound like they just crawled out of a Brooklyn sewer. If you’re remotely familiar with anyone on board, or their various actions between the charts and the gutter, your expectations will be met side-on with seriously some of the most engrossing levels of raw tape manipulation and throttled analog synths that you’ll likely ever hear, harking back to their respective pinnacles of this era;- from Nate Young’s now classic ‘Regression’ seshes, to the body gurns of Dilloway’s ‘Modern Jester’, and Nordwall’s crushing ‘Monstrance’ collaboration with Mika Vainio.

A Swedish newspaper wrote “What the hell is this?”, in a review of The Gagmen’s debut gig in a posh Stockholm hotel, which should already have you sold, but keener ears will no doubt be already primed for the calibre of grot on offer from these dons of the trip metal underground. The mode is slanted and chemically enchanted, with Andrew W.K. sounding like he’s partied too hard on his pair of severely blunted vocal contributions, while Dilloway, Young, and Nordwall vent spleen in tortuous tangles of ferric buzz and machine howls, all gelling into anxious, burned-out industrial dub rhythms.

If a more brilliantly screwed album comes out in 2020, let us know.